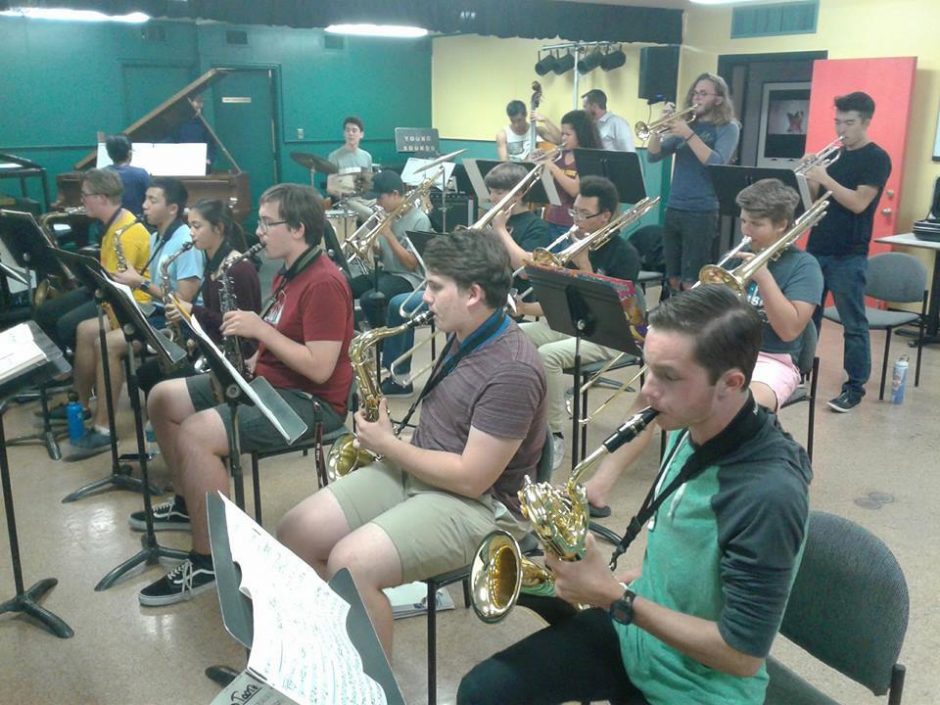 On September 11th Young Sounds of Arizona began the 2017-18 season with a vibrant first rehearsal. Since then, the three jazz ensembles have been working diligently on a traditional classic jazz repetoire and several tunes to be performed at Phoenix Center for the Arts. The concert on December 11th comes just three months into the new season but all three ensembles have been focused and dedicated to the rehearsals and the music.

The 17 piece big band, called the 7 O’clock Band, under the direction of tenor saxophonist Andrew Gross, will play four tunes including a shuffle, a swing, a ballad and a New Orleans second line. The ten member intermediate level band, the 5 O’clock Band, under the direction of trombonist Doug Robinson, will perform four tunes including two swing tunes, a blues and a samba. The Jazz Combo, made up of six students will play a swing tune, two swing shuffles and will turn it up with a more funky tune. In addition to Director Gross and Assistant Director Robinson, Young Sounds alumni, Kevin Tangney, has been involved this season working closely with the trumpet sections.

This will be Andrew Gross’ second season as Young Sounds Director. He hit the ground running last season taking on nine concerts between December of 2016 and June of 2017, creating unique learning and performance opportunities for the students and a chance for seniors to showcase their talents.

This season Gross is focusing on teaching a traditional classic jazz repertoire, exposing the students to iconic repertoire from within the jazz tradition. After closing out 2017, Young Sounds will prepare for five more performances between January and June of 2018.

*What to listen for: the trombone plunger solos in the 7 O’clock Bands’ Count Base favorite, I Can’t Stop Loving You are sure to be a favorite of the evening!