Young Sounds of Arizona at the Phoenix Center for the Arts 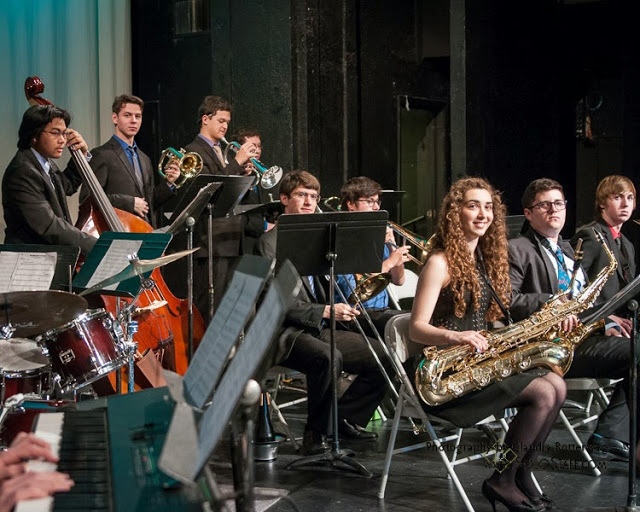 Young Sounds director Vince Wedge introduced the 5’Oclock Band, which opened the concert with a sparkling rendition of “On the Sunny Side of the Street.” The 1930s Jimmy McHugh composition featured solos by saxophonist Clint Ottmar and trumpeter Ashley Irvin, with electric pianist Christopher Reyes on vocals. Next was a modern medium-tempo blues, “Other Mothers Brothers Blues” by Bob Sennett, that also featured Ottmar, as well as trumpeter Pablo Beckman and acoustic bassist Emily Ruth.

The set closed with the 1960s R&B chart “Unchain My Heart” that was sparked by Reyes channeling the soulful vocal huskiness of the original hit-maker, Ray Charles, as drummer Dawson Weiss enhanced with tom-tom segments. The septet has become a well-meshed ensemble, coached by Andrew Gross, assistant director of Young Sounds.

The Seven O’Clock Band opened the second set with an arrangement from Gordon Goodwin’s Big Phat Band in Los Angeles. “Where or When” from the 1937 Rodgers and Hart musical was fueled by bright solos from trumpeter Alex Price and tenor saxophonist Jacob Lipp, solidly supported by drummer Patrick Gaughan.

Shorty Rogers’ swinging “Basie Eyes” featured three Harmon-muted trumpets contrasted by Mariel Sokolov’s inventive progressions on baritone sax, then a fluid solo by Lipp on tenor. “The Other Side of the Circle” was a haunting ballad in a more contemporary mode, with piano-bass union lines segueing into trumpet-tenor sax dualism by Alejandro Ojeda and Lipp.

Young Sounds of Arizona was founded in 1971, and remains the first and oldest continuous program of its kind in the nation. It is a 501(c)(3) non-profit organization, sponsored since its inception by the Professional Musicians of Arizona, AFM Local 586. For more information, go to youngsounds.org or Facebook.com/youngsoundsofarizona or MusicSceneAZ.com, or call 602-235-2309.