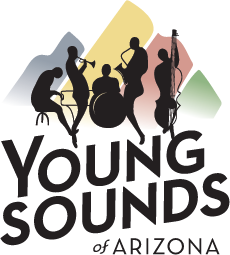 Since the last Pitch, we have been able to expand the operation of the program from only virtual meetings to actual concerts and recording sessions. Next season Director of Music, Andrew Gross, anticipates operating on a more normal schedule of weekly rehearsals and periodic concerts along with the traditional Visiting Artist Series in April or May. Everyone is really looking forward to some degree of normality. Although it was a rough 15 months, Mr. Gross really felt bad that few people had the opportunity to listen to Young Sounds this year as he felt that this year’s 7 0’clock band was really exceptional. A very talented musical group of Seniors. They should do very well in any field they may pursue.

The Young Sounds Bands focused on three major projects during this season. The projects had to be activities that would provide the students with key music experiences and could be provided in an environment that was safe according to the CDC guidelines. The Program felt it was important to keep everyone reasonably safe from Covid 19. One of the projects that Young Sounds students worked on were to provide two outdoor concerts on the Musician’s Union property in Central Phoenix on the last Saturdays of March and April in the early evening. At that time there is a natural shading for the bands and the audience. Roughly about 75 people attended each month including friends and relatives of students and local neighbors. The audience was provided with chairs and a gazebo with water and space for anyone who got too hot. Both concerts were a great success and gave the students an opportunity to perform for live audiences.

The second project is to participate in a recording session. The purpose of this effort is to give the students experience in recording sessions and learn how the session is created and finalized with a completed CD. For safety, several sessions were conducted in small groups, usually sections of the band, to insure a reduction in exposure to Covid 19. The project will be conducted in May. We’re certain the session and final recording will turn out great.

Audition time, the final project, will start in mid-June and end in mid-July. Please let any student you know that might be interested in joining Young Sounds that they should get it touch with Andrew Gross through email at

youngsoundsofarizona@gmail.com or call 602-689-6662. Young Sounds is interested in young musicians regardless of background or experience.