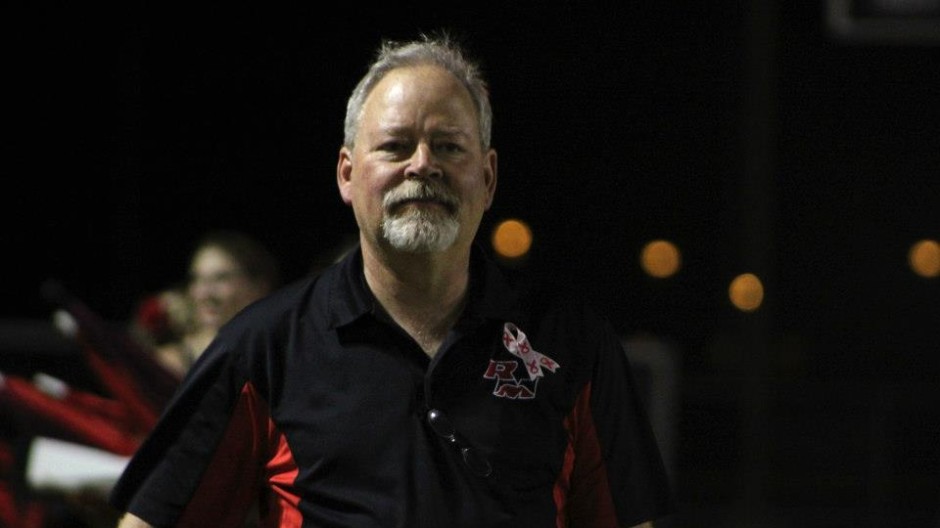 “Full-circle” is an apt descriptive of trombonist-educator Vincent “Vince” Wedge, who performed as a student trombonist in the Young Sounds of Arizona high-school honor band in 1976-77, and eventually became the organization’s director.

Wedge recalled, “I attended Coronado High School (in Scottsdale) where jazz band was a sideline, and not taken as seriously as marching band or classical music (groups). For me back then, Young Sounds was an opportunity to play with other young musicians from all over the Valley who were really into jazz. Those of us in Young Sounds looked at it as an awesome opportunity to blow with some great guys like I did with Dennis Monce, Jim Henry and James Kass (trumpeters) and Dick Weller (drums).

“Now, as director, I want to give the students as well-rounded jazz experience as possible, through all the different periods of jazz, from post-Dixieland to post-modern, including early Ellington and Basie charts,” Wedge said. “The goal is to prepare them to be commercially viable musicians, whether they’re going to be jazzers or in agency bands.

“We want to find and nurture young musicians who have a desire to excel in commercial music, and to be good people. For performances, they don’t have uniforms, but I specify a suit and colored shirt with a tie so they have the appearance of a group. They have to be on time at rehearsals, and I teach them to respect people and to be nice, shaping them to be good citizens.

“We’re working toward performances, but I try to incorporate jazz history into rehearsals, and encourage them to listen to recordings. We have a Facebook page where students share recordings, and we just acquired a large library of CDs from someone – – anyone can donate those to us.”

Young Sounds in the 21st century continues the concept that began in 1971 as a non-profit organization, sponsored from its inception by Phoenix Local 586 of the American Federation of Musicians (the Musician Union). Starting with founding director Warren “Jeff” Jeffries, a Valley high school music educator, Young Sounds originated with one big band but later expanded to two. The union annually provides $10,000 in scholarships for outstanding student musicians to help pay for jazz camps and/or private lessons.

Wedge and his assistant director, tenor saxophonist Andrew Gross, currently are working with a 10-piece band (7:00 Band) and a small jazz combo (5:00 Band) that rehearse at 5 and 7 p.m. every Monday at the Musicians Union hall, 1202 E. Oak St., Phoenix (south of Thomas).Those rehearsals are open to the public, and Young Sounds will schedule public performances later in the semester at the ASU Kerr Cultural Center and the Musical Instrument Museum. The year’s closing concert always features a guest artist and a commissioned chart.

“We’re going through some changes now due to challenges related to this time of year when it’s all about marching bands and drum-and-bugle corps,” Wedge said. He will schedule more auditions in mid-November after football season ends, announcing those by sending notices to music educators around the state.

“One cause of having fewer students for Young Sounds right now is that some band directors might not send students that they think aren’t good enough. I say, ‘Don’t prejudge them. Let them try out and we’ll work with them.’ I’ve always been a music educator, and if a kid comes in and can’t (sight) read, but if he or she has a decent sound on the instrument, we will take and encourage them. Right now I have spots in the 5:00 band for any kid who shows up and has excitement about the music,” Wedge said.

“Most of the students are from the general Phoenix area, from Hamilton on the south to Desert Mountain and Cave Creek on the north, from Red Mountain on the east to O’Connor and Mountain Ridge on the west.” Students prepare for auditions held during the summer that require playing three major scales, sight-reading and solo proficiency on a simple tune like “Bye Bye Blackbird.” More information is at www.YoungSounds.org.

The product of an Arizona music education, Wedge has been band director at Red Mountain High School in Mesa for 11 years, in charge of two concert bands and a marching jazz band, plus classical and jazz combos. A professional trombonist, he plays in the Extreme Decibel Big Band and for TAD-produced show bands. He has performed with musicians including Henry Mancini, Carol Channing, Steve Allen, Dennis Rowland, Bobby Caldwell and Jerry Riopelle, as well as the Flagstaff Symphony and the Flagstaff Festival of the Arts Orchestra.

Wedge has been vice president for jazz activities for the Arizona Band and Orchestra Association (ABODA) and president of the Arizona Association for Jazz Education, now serving as governor for the North Central Region. He is an active mentor teacher, adjudicator and clinician. He and his wife, Shirley, are the parents of Erika, 19; Betsy, 23, and Andy, 26, all of whom played in his school bands.

“When I went to college, there were two music degrees, performance or education. I knew I wanted to teach, and I wanted to be a positive force,” Wedge said. “I went on to get my master’s degree and, after 30 years, I still get a kick out of the kids. It’s been neat.”