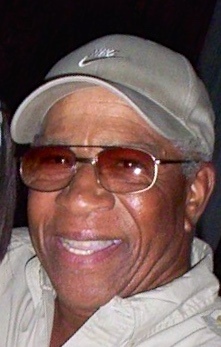 George “Pepe” Grant, 78, a memorable entertainment personality and renowned doo-wop and pop music vocalist, died Jan. 13 following emergency heart surgery. He had resided and performed in the metro-Phoenix area since 1984, but his entertainment career began as a teenager in Philadelphia, eventually expanding to world tours.

His satiny tenor voice was a standout sound in classic vocal groups since the late 1940s that included his own George Grant and The Castelles, also The Red Caps, The Orioles and a later incarnation of the Ink Spots. Their recorded songs have been described as sweet, romantic innocence in elegantly precise vocals; and Grant‘s vocals have been compared to Frankie Lymon, as well as the future work of Smokey Robinson. In April 1996, The Castelles were inducted into the United in Group Harmony Association (UGHA) Hall Of Fame, where Grant performed with his group at the ceremony in Sharon, PA.

Grant toured for decades, charming audiences with his captivating sound, gentlemanly style and mellow demeanor. He continued performing into his late 70s despite medical issues, gaining more fans and pleasing new generations. In recent months, when he sat in at performances by his daughter, vocal stylist Renee Patrick, he enthralled audiences with his incomparable renditions of “The Nearness of You” and “Cab Driver.”

The roots of the Castelles started with the choir at Sulzberger Junior High School in West Philadelphia, where the future members met. With biographical information based on Marv Goldberg’s interviews Vance (© 2002, 2009) with Grant and fellow Castelles member Frank Vance, Bruce Eder wrote for All Music.com that the group recorded 15 songs during their prime years of 1953-1955. For R&B collectors, the group became and still remains one of the best-loved vocal groups from Philadelphia.

The original members were Grant, (lead), Ronald Everett (bass), Anthony Octavius (first tenor), William Taylor (baritone) and Vance (second tenor, guitar). They had grown up together in west Philadelphia in the 1940s, inspired by The Orioles, Ink Spots, Clovers and The Four Buddies. The teenagers began singing together in 1949 at the local YMCA, also performing on street corners and for house parties, social events and talent shows.

Then, Goldberg noted, the group acquired a manager, Lucille “Chick” McCord, who had heard them singing on a street corner near where she lived. He wrote, “One day, The Castelles set themselves a task: Everyone was to go home and try to write a song. Each did (and) Grant’s contributions were ‘It’s Christmas Time’ and ‘Do You Remember?’ –the latter written during his school study-period, originally titled ‘Do You Recall?’).”

Vance had written “My Girl Awaits Me,” inspired by the pop hit, “Heavenly Father.” The group made a demo of it in a recording booth at a penny arcade, then went to a local record store to play it. Store owner Herb Slotkin and his assistant, Jerry Ragavoy (later a writer and producer), heard the song and decided to record the group for Slotkin’s new Grand Records label that was based across the river in New Jersey. They cut their first two sides on Aug. 4, 1953, “My Girl Awaits Me” and “Sweetness.” The former was sung by Grant, the latter by Octavius.

That first record sold 100,000 copies (in 1953!) as a regional hit, then made it to No. 6 in Cashbox’s listings for the Newark, N.J., market. It was also a major hit in Philadelphia, Washington D.C. and Baltimore. Their second single, “The Silver Ring,” rose to No. 10 on the Philadelphia R&B chart, and three more singles followed. Since Grand was a shoestring operation, Slotkin had no studio or pressing plant, so the records were pressed by a friend, Ivin Ballen, owner of Gotham Records. That firm’s files indicate that by the first week in January, 11,600 45s had been pressed, and 54,200 78s. Taylor left the group then, replaced by Walt Miller, as the group continued to sell records locally and throughout the mid-Atlantic states.

Goldberg related that manager McCord soon got them booked into the Apollo Theater in Harlem for its acclaimed amateur show. But when Apollo management learned of their recordings, The Castelles were ineligible as amateurs, instead given a guest spot, singing “My Girl Awaits Me”. (Their uniforms were bright orange jackets and black slacks.) Soon they also played at the Baby Grand in Harlem and the Howard Theater in Washington, D.C. About this time, Grant acquired his nickname, given to him by regulars at the pool hall he frequented, where everyone there had a nickname. At the time, Grant was relaxing (straightening) his curly hair, so the players thought he looked Spanish and began calling him “Pepe.”

After the group’s sixth and final release for Grand Records in late 1955 (“Heavenly Father,” the song that had inspired “My Girl Awaits Me”), the group was signed to Atlantic Records. Sales of their two singles for the company’s Atco imprint in 1956 were disappointing, and the Castelles soon disbanded.

In the early 1960s, Grant joined his longtime friend, George Tindley, in the Modern Red Caps that recorded for the Penntowne and Swan labels. Of four sides released, Grant sang lead on their version of “Golden Teardrops” (all the other leads were by Tindley). Grant stayed with The Red Caps approximately four years, then moved to California. He did solo work in clubs, but also had a regular job. In 1977, he met Sonny Til, who was singing with George Holmes’ Ink Spots. Grant soon was added to this group, which also included Larry Reed, now a longtime Phoenix pianist, vocalist and saxophonist. After that, Grant moved to Arizona where his family had relocated.

The post-service gathering of friends at Ric and Renee Patrick’s Queen Creek home included two of Pepe’s longtime musician friends, vocalist-pianist Gaynel Hodge coming from his home in The Netherlands, and drummer-vocalist Paul Stubblefield arriving from Las Vegas. Others who acknowledged the enduring impact of George Grant by performing to honor him included Judy Roberts-piano-vocals, Phil Hendrix-vocals,

“What a gentleman and gentle soul he was,” wrote Renee Patrick of her father on behalf of the family. I will add, “A great loss, to music and mankind.”