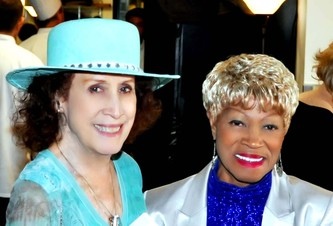 S’Wonderful, S’Marvelous, S’Margo. That’s how the song should have been written.

The energy and emotion of her unmistakable sound could chase away the blues or soothe like a mother’s lullaby. Her memorable style is as unique as that of Bessie Smith, Billie Holiday and Dinah Washington. Margo performed joyously, passionately, every performance an exhilarating celebration of life’s heights or depths. From Margo’s first note to the last, she was indelibly one-of-a-kind, memorable and unforgettably unique.

Margo had a tender and empathetic core, but she was strong. Her rendition of “My Way” represented the way she lived her life, whether working on an assembly line packing bags of dog food in Kankakee, Ill., or cleaning hotel rooms in Phoenix. Her inner strength and deep religious faith sustained her through many personal setbacks and losses.

Margo was the sparkplug, the organizer, the drill sergeant, a petite package of dynamite that was engagingly explosive in Reed family shows. Her stated early influences were Mahalia Jackson, Pearl Bailey and Sarah Vaughan.

So many memories, during the 40 years that Margo uplifted our spirits with her unmatched ability to shape each song and to make every lyric meaningful. Her performances have been “music therapy” for many.

My most vivid and vibrant memories of Margo range long and reach far through four magical decades:

A blazing flame of life, love and music has been extinguished from our lives. Margo Reed left an indelible imprint on the Phoenix music scene, and she will be remembered by many through the years ahead.

I will always remember Margo Reed, a singularly and naturally gifted singer, whose performances not only entertained us, but also strengthened, comforted and propelled us through hard times and happiness, sadness and success.