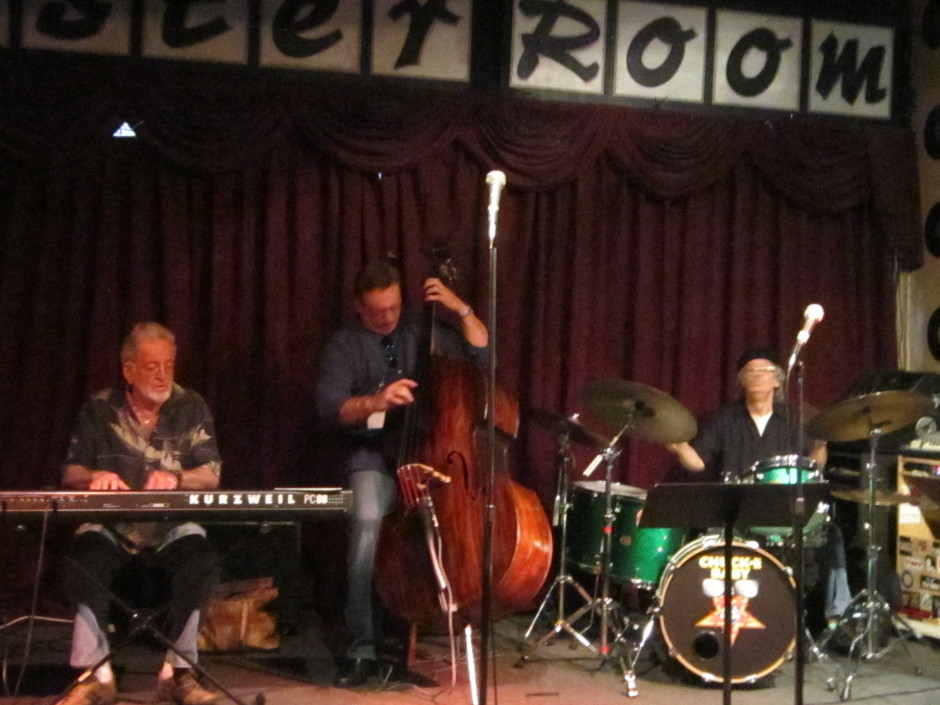 A panoply of local musicians donated their talent and time to perform for the fourth annual Tom Miles Scholarship Benefit show on Sept. 28 at Pranksters Too in Scottsdale, The event was organized by members of the Phoenix Musicians Union, Local 586 AFM, who created the scholarship to honor the late Tom Miles, a gifted Phoenix trumpet player, The funds are used to assist aspiring young musicians in furthering their education through jazz camps and clinics.

Pianist Nicole Pesce performed the first set of the benefit with bassist Thomas Williams. Nicole launched the afternoon with an upbeat “Honeysuckle Rose” during which she explored the entire range of the electric keyboard, as she also did on “Sweet Georgia Brown,” both audience pleasers. A later rendition of “Emily” was delivered as a nuanced ballad, underscored by the rich resonance created by Williams. Tenor saxophonist Jerry Donato joined on a stylish reinvention of “Masquerade.”

Tenorman Jim Nistico was featured on the second set, performing with keyboardist Auggie Mendoza and acoustic assist Jack Radavich with the drum kit alternately seating Tim Downs and Cleve Huff. An instrumental rendition of “I Remember April” was followed by vocalist Bridget Maynes on “You Stepped Out of a Dream” and then the rarely heard ballad. “I Was Telling Him About You.” Bridget also sang “East of the Sun and West of the Moon” and “There Is No Greater Love.”

Then her sister, Kristin, took her turn at the microphone to deliver “My Secret Love” and “At Last.” The trio closed the set with an instrumental combination of Charlie “Bird” Parker’s “Billie’s Bounce.” (Trivia: This 1945 instrumental chart wasn’t written/named for Billie Holiday, but for Billie Miller, the secretary of Billy Shaw, Dizzy Gillespie’s manager and agent – for whom Dizzy soon wrote “Shaw Nuff,” a bebop chart based on the changes to “I Got Rhythm.”)
The third set featured the venerable Armand Boatman at the keyboard with Radavich and Huff. Boatman chose “Every Time We Say Goodbye” in tribute to Tom Miles, saying the scholarship benefit keeps the trumpeter’s spirit alive, with Donato again playing tenor sax. The set also included an extended exploration of “On Green Dolphin Street” and an energy-filled rework of “I’ll Remember April.”

Three songs were performed in the jam-session set, Boatman and Donato both fluently interjecting multiple musical quotes from other charts as the quartet exuberantly flowed through “Speak Low,” “Honeysuckle Rose” and “It’s You or No One.”

Between sets, drawings were held to award valuable prizes, including a flat-screen TV, laptop and printer, classy watches and more. A generous buffet was open all afternoon in the rear of the lounge. Previous scholarship events were held at the Musicians Union Hall, also at Los Compadres Restaurant, hosted by owner, union member and pianist David Valdivia, who is recovering from a recent stroke.