Home  ›  News  ›  ‘The Jazz Message: Celebrating the Legacy of Art Blakey and the Jazz Mess...

‘The Jazz Message: Celebrating the Legacy of Art Blakey and the Jazz Messengers’ 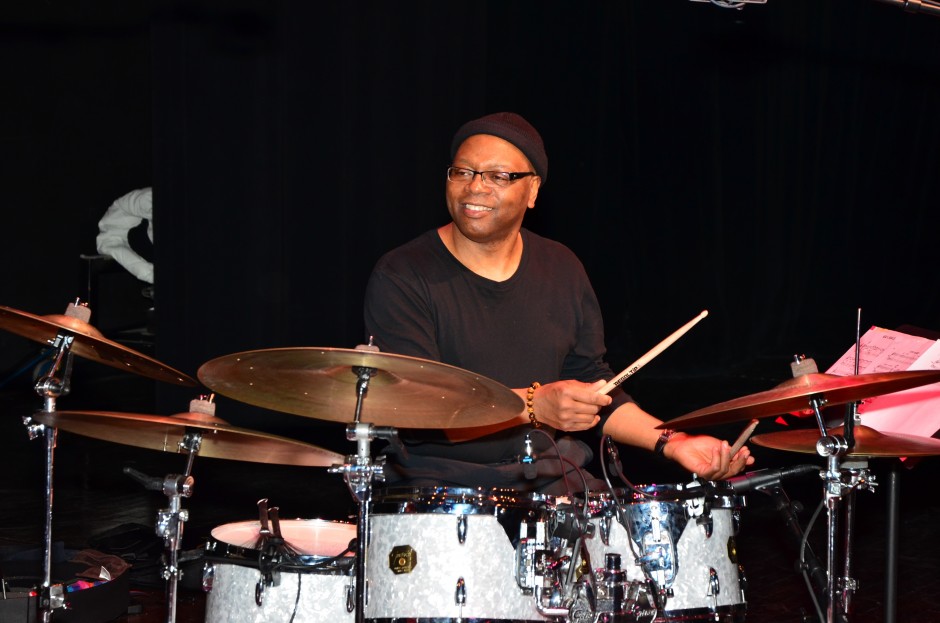 The complexity, the power and the musicianship of Art Blakey and The Jazz Messengers were celebrated by five band alumni in a sextet anchored by drummer Lewis Nash. Performing in two concerts at the Phoenix-born drummer’s namesake jazz club were tenor saxophonist-leader Javon Jackson, alto saxophonist Bobby Watson, trumpeter Eddie Henderson, pianist Benny Green and bassist Peter Washington, with Nash in the Blakey hot-spot.

From the kickoff chart of “One by One” in the early set to the hard-driving “Caravan” in the later one, this sextet delivered the legendary Messengers’ explosive hard bop sound, performing without charts, those obviously indelibly imprinted on the alums’ memory databases.

The three-horn section was as cohesive as if the members had been performing together nightly for years, rather than being Messengers in separate periods of Blakey’s half-century career.

Watson’s interpretation of “These Foolish Things” and “Arcadia” burned with artistic fervor, and his style on Moanin’” was the sweetest heat of all. Henderson’s dazzling triple-tongue work within his solos recalled earlier Blakey “graduate” Freddie Hubbard. His tone was brightly robust on “A La Mode” and “Blues March”; at 74, he consistently achieved and sustained incredibly high notes. Jackson was particularly lustrous on the Benny Golson gems, “Along Came Betty” and “Whisper Not.”

Green’s piano proficiency conveyed zeal for the music and for his colleagues. Creating chromatic progressions with ferocious intensity, his radiant explorations were well-imagined and executed. Washington’s luxuriant acoustic bass tone underscored each chart, and his supple solos added warmth to the ensemble.

The second set was even more complex with driving energy. Much of the Blakey playbook was from the 1950 and ’60s, but it was “Caravan” from the 1930s that effected the most audience reaction, each musician exploding into solos with power and expression.

The cohesive effect of this sextet was especially amazing because none of the horn players had played in the same cast of The Jazz Messengers: Henderson was a member in 1973-74, Watson from 1975-81 and Jackson from 1987-90. Green and Washington were in the band together from 1987-90, and Green was a teenager when he worked with Henderson in 1983 before joining vocalist Betty Carter when Nash was the drummer. And that’s what jazz is all about: musicians coming together to celebrate America’s musical gift to the world.