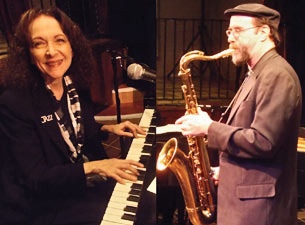 “The Genius of Getz” as explored by tenor saxophonist Greg Fishman completely mesmerized a rapt audience via the Chicago musician’s superior musicianship and fascinating ability as a raconteur during his fourth annual Stan Getz tribute performance at the ASU Kerr Cultural Center.

This intriguing concept absolutely delivered what its theme promised, creating total bliss for Getz fans. Emphasizing that Getz always focused on sheer beauty in playing, Fishman conveyed exactly that characteristic in each of the charts he chose for the evening. He replicated the graceful lightness that defined the Getz sound, one that he described as “butterfly (on the) tongue.” He also compared Getz’s control of air flow to that of singer Frank Sinatra, adding “It’s not that easy.”

Fishman proved his prowess in chart after chart, introduced by showing the audience part of his collection of vintage LP albums. His rendition of “Early Autumn,” forever linked to Getz’s time in the Woody Herman Band, was the ultimate illumination of that relaxed mellowness and always-pretty style.

The substantial role of pianist Judy Roberts was most evident on “Autumn Leaves” when she sang the lyrics in French. Overall, her exceptional synergy with Fishman, her longtime colleague (and husband) was enticing to the ears. Her own solo segments were inventive and illustrative of the Getz repertoire.

Fishman’s newest book, “The Lobster Theory (BookBaby, 2014), examines musical concepts via humorous analogies. Chapters are subtitled: “Practicing” as “Lifting Weights,” “The Importance of Chord Study” as “Polishing the Silver,” “Pacing Your Solo” as “The Waiter” and “Using Chord Substitutions as “Harmonic Turn Signals.” The title chapter is dedicated to ways for “Keeping Solos Fresh and Spontaneous.”