Home  ›  News  ›  RIFFS — News from Out and About by Patricia Myers

RIFFS — News from Out and About by Patricia Myers 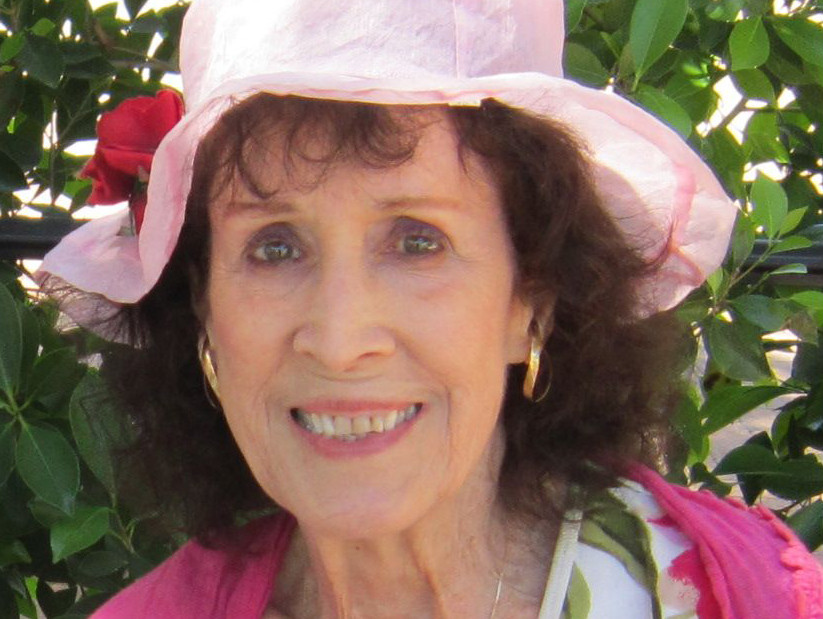 RIFFS — News from Out and About

“The Season” is upon us once again, and the major venues have announced their fall-winter season bookings of top-name artists.

The seventh annual Lakeshore Music jazz-concert series at the Tempe Center for the Arts, 700 W. Rio Salado Parkway, Tempe, begins in September. The nine Saturday evening concerts will continue through May 2015, $35 each, with discounts for purchase of multiple concert admissions; full information in the Update Calendar (below) and at  LakeshoreMusic.org or call 480-350-2822.

“The goal of Lakeshore Music has always been to present the world’s best musicians in the worlds’ most beautiful performing arts center,” said founder-producer Woody Wilson. “This should be our best season ever.”  Lakeshore Music has produced more than 75 jazz, chamber and Latin music concerts at the Tempe Center for the Arts. Celebrated artists such as Eddie Daniels, Tierney Sutton, Turtle Island Quartet, Gretchen Parlato, Billy Childs, Karrin Allyson, Terell Stafford and Stefon Harris have performed in the Lakeshore Music Series.

A Cuban element was added to the series after Wilson went to that island country in July of 2012 as part of a People to People cultural tour, prompting him to begin a cultural exchange between LMI and Cuban musicians. In October 2012, with the help and sponsorship of many, LMI presented the Orquesta de Camera del Sur fromCienfuegos, Cuba at the Tempe Center for the Arts as part of a rare cultural exchange with the Northwest Sinfonietta in Tacoma, Wash.
For more top-name jazz-concert in this season, see Calendar below, or go to Musical Instrument Museum,MIM.org; MesaArtsCenter.org; and ScottsdalePerformingArts.org

Musicians’ News:  Trumpeter-vocalist Jesse McGuire will perform from 4-7 pm Sunday, Sept. 28 at the CarverMuseum and Cultural Center, in Phoenix. He’ll have Nick Manson on piano, Mike King on bass and John Lewison drums for both gigs, an exceptional aggregation that impressed a recent audience at Sacred Grounds coffeehouse.

Musicians and friends are sending good wishes to David Valdivia, jazz pianist and owner of Los Compadres restaurants in Phoenix, who is recovering from a stroke suffered earlier this summer. He and his restaurant, which has annually supported the Tom Miles Scholarship for Mesa Community College, has put its monthly jazz series is on hiatus until further notice.

Arizona native Diana Lee’s new CD titled “Mentors” pays tribute to many of the musicians the singer has worked or studied with throughout her career, including pianist Charles Lewis and recently deceased drummer Dave Cook, with dedications to late pianist Ralphie Chavarria and Prince Shell. The core band of pianist Dave Baradic, bassist Felix Sainz and drummer Greg Warner (with whom she performs some Saturdays at Eddie V’s), also Paul Sherman, Justin Brotman, Jim Henry, Paul Darrow and Ted Sistrunk.

Felix Sainz’s CD, “The Nearness of You,” features his vocals in English, Spanish and Portuguese, as he plays guitar and bass, augmented by horns and strings. His richly resonant voice illuminates the title track, “Embraceable You,” “Green Eyes,” “Dindi,” “The Shadow of Your Smile/Smile,” “When Sunny Gets Blue” and several Latin charts.  The CD is available to sample/purchase online at cdbaby.com/cd/felixbsainzjr2 or by mailing a $20 check to Cuerdabaja Productions LLC, P.O. Box 15532, Phoenix 85060.

Judy Roberts and Greg Fishman will once again close the “Sunset Jazz at Newport” summer jazz series on Sept. 17 at the Newport Beach Marriott Hotel & Spa. The pair again performs next on the Yamaha Stage at the Monterey Jazz Festival. Then they return to Chicago for gigs in October.

The Buzz:  The two high school bands of Young Sounds of Arizona will soon be back in action and, as always, delight listeners dazzling teenage musicians, directed by Vince Wedge. The bands have been sponsored since 1971 by the Phoenix Federation of Musician, AFM Local 586. Each year the Union awards scholarships to outstanding youth.  Watch this monthly column for performance dates.

A star-filled ensemble will arrive in Tucson to perform on Sept. 26, featuring Terell Stafford-trumpet, Benny Green-piano, Ken Peplowski-sax-clarinet, Wycliffe Gordon-trombone-vocals, Tom Coolan-bass, led by Dennis Mackrel, a former Count Basie Orchestra drummer. A benefit for Southern Arizona Arts Council, the event at Tucson Country Club (see Calendar for details Co-hosts Al and Marilyn Cook began the Jazz Legends in their backyard 11 years ago, and it attracted larger audiences each year, the proceeds always going to local schools to support dwindling music and art programs. “The first party was in our home,” Al Cook said, and the star was famous Hollywood jazz clarinetist Abe Most. “It attracted 40 people, and it was rained out,” Cook said. Despite the weather, the show went on inside Cook’s. Three years later, the Cooks’ backyard concert grew to 180 attending, so it was moved to the Hilton Tucson El Conquistador Golf and Tennis Resort for years, with co-sponsors Don and Paula Redman.

A big new Musical Instrument Museum date is Oct. 3 when The Cookers perform (details in Calendar). What a great name for this headliners’ septet of Billy Harper-tenor sax, Eddie Henderson-David Weiss trumpets, Donald Harrison-alto sax, George Cables-piano, Cecil McBee-bass, Billy Hart-drums.  The seven-year-old East Coast coalition has more than 250 years of jazz experience and its members have been part of 1,000-plus recordings. The combo will release its fourth album this month, “Time and Time Again” on the Motema Music label.  Don’t miss this one!

The Nancy Gee farewell-benefit concert on June 29 at The Nash was full of longtime and friends. As event organizer, I want to thank all the musicians who donated their time to perform, the volunteers who assisted, and especially Joel Robin, who accompanied and supervised the abundance of talented musicians who performed. That Sunday afternoon was an outpouring of love and respect for “Miss Velvet,” as Margo Reed dubbed Nancy in the 1980s. More than $5,000 was donated from admissions, personal gifts and mailed checks, as the jazz community showed their appreciation of Nancy’s wonderful voice and superb style during past 30 years, to help with relocation expenses. Nancy and her husband Bill General send their thanks, and are settled in Connecticut, reunited with family and longtime friends.

Bob Corritore again was among the nominees for this year’s 21st annual Living Blues Awards  in the harmonica category for the third consecutive year, having won that accolade in 2012. This year’s winner was Charlie Musselwhite; in 2013 it was Billy Boy Arnold. Also, Corritore performed in June at the annual Chicago Blues Festival and in several of the city’s blues venues. He toured Sweden last May, and has a full schedule ahead, including festivals in San Diego (Sept. 6), Bisbee festival (Sept. 13) before his annual birthday bash on Sept. 20 at the Rhythm Room. Then he’s off to Las Vegas for the Sept. 25-28 Big Blues Bender festival at the Riviera Hotel to perform a duet set with L’il Ed plus other guest spots. Then he’ll head to Champagne, IL, to perform at the Oct. 23 Blues Blast Music Awards with the Dave Riley-Bob Corritore Juke Joint Blues Band. In the meantime, he continues to host his “Lowdown Blues” show every Sunday for 30 years, since 1984 on KJZZ radio, 91.5 fm.

“I love Paris in the summer…when it sizzles . . .”  I love Paris, and the song that Cole Porter wrote in 1953 for the Broadway musical “Can-Can.”  Actually, compared to Phoenix, Paris barely simmers into the low 90s F. But “simmers” doesn’t rhyme with “in the winter when it drizzles,” which accurately describes winter weather in Paris, where Porter lived during part of his life. So I’d rewrite the lyrics to “in the winter, when it shimmers … . in the rain.”

My 17th summer reviewing jazz for print publications and now the AllAboutJazz website prompted me to delve into European jazz history. Jazz has been abundant in Paris since World War I, after African-American soldiers brought with them this original American music form. The European jazz scene expanded after World War II, and a third resurgence came in the early 1980s when three Paris jazz clubs opened on the same narrow pedestrian street, rue des Lombards, and all have become my favorites “hangs.”

Those clubs are on the Right Bank in the first arrondissement (one of the 20 Paris districts). Sunside opened in 1983, expanding in 2001 by converting its underground restaurant Sunset into a second jazz venue, with jazz nightly in both venues. Next door is Baiser Salé (“salty kiss”) launched the same year. Devoted jazz fans labeled this la triangle d’or de jazz (the golden triangle of jazz), and soon after, a bit farther down the street, Duc des Lombards opened in homage to Duke Ellington.

To find out who’s playing where, I go online and/or buy the weekly “Pariscope” or “L’Officiel des Spectacles” magazines (50 centimes each Wednesday). Also, most of the 30-some jazz clubs have copies of the free “Paris Jazz Club Agenda” and also “LYLO,” the latter listing jazz and other genres of popular music.  I always buy the two monthly French-language print magazines that sometimes include compilation CDs for the price of 6.50 euros ($9)for JAZZman and JAZZ magazines).

Quotable: “I can’t stand to sing the same song the same way two nights in succession. If you can, then it ain’t music, it’s close-order drill, or exercise or yodeling or something, not music.” – Billie Holiday