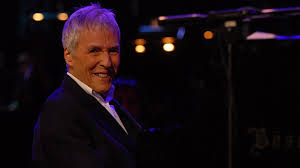 The first month of this new year is bursting with concerts, club action and major events, and my new website, www.MusicSceneAZ.com, continues to attract new visitors as word spreads that it provides Arizona’s live music listing. This website is an all-inclusive service available for musicians, presenters and venues from event info provided via email to psmyers1@cox.net or via the Contact element of the website.

For complete info, locations and prices, go to www.Tucsonjazzfestival.com.

The Buzz: A captivating documentary about vocalist Margo Reed has been produced by Tiki Films USA of Phoenix (Terry Keel/Mike Kunes), available for free viewing at  https://vimeo.com/114484140 Among those interviewed for the video were her brother Michael Reed (who provided performance videos, as did Ron Falk), myself and musicians Armand Boatman, Jerry Donato, Andy Gonzales, Hans Olson, and vocalists Jennifer Bone and Charity Lockhart. Michael Reed and I provided biographical material, photos and videos, and were credited as associate producers. Margo celebrated her 73rd birthday in December, and currently performs on alternate Saturdays with pianist-vocalist Judy Roberts from 6:30-9:30 p.m. at the OC Seven Restaurant at the Scottsdale Resort and Athletic Club (Jan. 10 and 24).

Lakeshore Music’s series continues monthly through May at the Tempe Center for the Arts, 700 W. Rio Salado Parkway, Tempe 85281 (480-350-2822). The fifth of the nine-month series will present touring vocalist Halie Loren at 7:30 p.m. Saturday, Jan. 17. Loren has sung with full orchestras in Europe and the U.S., also performing with her own band. In 2013, she released, “Simply Love” that includes 10 jazz classics from The Great American Songbook and three originals. It was at the top of the Japan charts in pop and jazz, hitting No. 1 in its first week; by its third week, it climbed to No. 1 spot on Billboard Jazz/Japan. More information at http://halieloren.com The following month’s concert will feature the premier American piano duo of Renee Rosnes-Bill Charlap on Feb. 28. The New York city-based wife-husband duo charmed the audience at the Musical Instrument Museum last June with compelling interaction and interpretations. Their CD release, “Double Portrait” for Blue Note Records, features their remarkable four-hands duets. More information at www.reneerosnes.com. Concerts are $35 each, with 20% discounts for five shows, 15% for four shows and 10% for three show; plus Mill Avenue Dinner and Show Packages available @ Lakeshoremusic.org

Two longtime and legendary jazz musicians announced their rertirements in 2014: Belgian harmonica player Toots Thielemans, 91, said he no longer felt he was capable of giving his all in performances, and didn’t want to disappoint his fans. New Orleans clarinetist Pete Fountain, 83, also decided to retire after the 2013 New Orleans Jazz and Heritage Festival, declining an invitation to perform at the 2014 festival.

Three Reed family members have new CDs. Francine Reed’s newest release is “Francine Reed and the Jez Graham Trio: Live at Eddie’s Attic.” The 13 tracks were recorded live and produced in Atlanta, Ga., Francine’s home-base for the past 20 years, following 20 years in the Phoenix area after moving from Kankakee, Ill., a suburb of Chicago. Francine sings a mix of jazz, blues, soul and pop classics, including a merger of “Summertime/Fever,” Trouble in Mind,” “Georgia on My Mind,” “Evil Gal Blues” an “Just in Time.” Two of her Atlanta fan-favorites are “I’m a Handful” and “One Monkey Don’t Stop No Show.” She closes with Johnny Mercer’s “Dream” and an unaccompanied treatment of “Amazing Grace.” Francine soon will be touring again with Lyle Lovett.

Margo Reed’s newest issue is “The Musical Facts of Margo Reed,” produced last year by her brother Michael on his Reed This label. The 11 tracks are a wonderful restrospective of Margo’s 40-year career in Arizona and the Southwest. She was the first family member to move here from Illinois in 1973, and the content focuses on her signature songs including “This Is My Life,” “Sugar in My Bowl” and “This Bitter Earth.” Other longtime favorites are “I Got a Right to Sing the Blues,” “It’s All Right with Me,” “No Moon at All,” “Day by Day,” “Exactly Like You,” “Lover Come Back to Me” and “Time After Time.” Several of the tracks are excerpted from her “Margo Live!” in-concert CD that I produced in 2000 from a concert at the ASU Kerr Cultural Center, Margo with the Armand Boatman Trio (Dwight Kilian-bass, Dom Moio-drums). An earlier “Facets” collection release by Michael included a longtime Margo fan-favorite, “Be Happy,” recorded with pianist Buddy Weed and part of on her first album, a cassette titled “Margo” that I produced in 1990. In 2012, Armand Boatman and his wife, Kat, produced a studio-recorded CD, “Margo Reed: Some of My Favorites” that offers 19 tracks with the Boatman trio of Kilian and Moio, including Margo’s current show-closer, “If/Over the Rainbow.”

Michael Reed’s CD, “Old Is Good, Good Is Old,” was issued by his Reed This production company. The album opens and closes with two Michael the classics, “Old Man River” and “Unchained Melody.” In between are “It’s a Wonderful World,” “Why I Sing the Blues”” and seven others, including “My Funny Valentine,” long celebrated as “The Reed Family Anthem.”

Quotable: “It bugs me when people try to analyze jazz as an intellectual theorem. It’s not. It’s feeling.”— Bill Evans