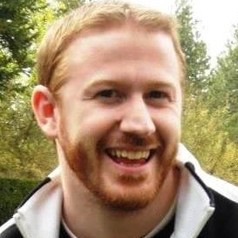 Have you ever been listening to a great piece of music and felt a chill run up your spine, or goosebumps tickle your arms and shoulders, reactions called “skin orgasms”? Many can identify with the phenomenon of feeling a thrill followed by a chill, and doctoral student researcher-author Mitchell Colver of Utah State University wanted to know why.

Go ahead and read this – it’s not X-rated. The experience is called “frisson” (pronounced free-sawn), a French term meaning “aesthetic chills” or feeling waves of pleasure affecting the skin. Listening to emotionally moving music is the most common trigger of frisson, although some feel it while looking at beautiful artwork, watching a particularly moving scene in a movie or having physical contact with another person. Studies have shown that roughly two-thirds of the population feels frisson.

But why do some people experience frisson and not others? Working in the lab of Dr. Amani El-Alayli, a professor of Social Psychology at Eastern Washington University, Colver decided to figure it out. He reported his findings in “The Conversation” magazine.

Research during the past five decades has traced the origins of frisson to how we emotionally react to unexpected stimuli in our environment, particularly music. Musical passages that include unexpected harmonies, sudden changes in volume or the moving entrance of a soloist are particularly common triggers for frisson because they change listeners’ expectations in a positive way, such as frequently occurs in jazz performances or on recordings.

Some scientists suggested that goosebumps are an evolutionary holdover from our early (hairier) ancestors, who kept themselves warm through an endothermic layer of heat that they retained immediately beneath the hairs of their skin. Experiencing goosebumps after a rapid change in temperature (like being exposed to an unexpectedly cool breeze on a sunny day) temporarily raises and then lowers those hairs, resetting this layer of warmth. Since we invented clothing, humans have had less of a need for this endothermic layer of heat. But the physiological structure is still in place, and it may have been rewired to produce aesthetic chills as a reaction to emotionally moving stimuli, like great beauty in art or nature.

Research regarding the prevalence of frisson has varied widely, with studies showing anywhere between 55 percent and 86 percent of the population being able to experience the effect. To test this hypothesis, participants were brought into the lab and wired up to an instrument that measures galvanic skin response, a measure of how the electrical resistance of people’s skin changes when they become physiologically aroused.

Participants were invited to listen to several pieces of music as lab assistants monitored their responses to the music in real time. The music ranged from Bach and Chopin to Air Supply, each piece having at least one thrilling moment that was known to cause frisson in listeners via previous studies. Participants then logged their reactions that were assigned personality traits. Results showed that the listeners who experienced frisson also scored high for a personality trait called “Openness to Experience.” Studies have shown that people who possess this trait have unusually active imaginations, appreciate beauty and nature, seek out new experiences, often reflect deeply on their feelings, and love variety in life. Some aspects of this trait are inherently emotional (loving variety, appreciating beauty), and others are cognitive (imagination, intellectual curiosity).

But the study also showed that it’s the cognitive components of “Openness to Experience” that includes making mental predictions about how the music is going to unfold, or engaging in musical imagery (a way of processing music that combines listening with daydreaming) – that are associated with frisson to a greater degree than the emotional components. These findings, published n the journal Psychology of Music, indicate that those who intellectually immerse themselves in music (rather than just letting it flow over them) might experience frisson more often and more intensely than others.

If you’re among the lucky people who can feel frisson, one cited example of a recent chill-inducing instance was Lady Gaga’s rendition of “The Star-Spangled Banner” at the 2016 Super Bowl.

My first memory of experiencing frisson was hearing a recording of “Take Five” by the Dave Brubeck Quartet. Even now, most Count Basie Orchestra tracks, and the entire content of Miles Davis’ “Kind of Blue” and “Birth of the Cool” albums continue to have that effect on me. I do feel lucky.

The Buzz: Scholarships for high school jazz musicians are part of the ongoing community outreach of the 105-year old Phoenix Federation of Musicians, AFM Local 586 (Musicians Union). In recent years, scholarship funds designated to honor local professional musicians, supplemented by contributions from the federation, have been awarded as follows: Armand Boatman-$2,286, Nadine Jansen-$1,853, Margo Reed-$1,550, Gary Carney-$500, Dave Cook-$500. Each fund continues to accept donations, via checks made out to Young Sounds of Arizona and mailed to 1202 E. Oak St., Phoenix 85006. These grants are earmarked for jazz camps, lessons, instrument repair and other costs related to students’ needs. In addition, the union presents monthly first-Tuesday music concerts from 7:30 to 9:30 p.m. at the Musicians Hall, free to the public and including snacks and beverages (donations gratefully accepted). Call 602-254-8838 for more information.

Drummer Lewis Nash was part of tenor saxophonist Houston Person’s sextet for his latest album, “Something Personal” (HighNote) that was released earlier this year. The 82-year-old musician also had Steve Nelson on vibraphone, John di Martino on piano, James Chirillo on guitar and Ray Drummond on bass. Person has issued more than 70 albums in his long career.

Musicians’ News: Lynn Roberts continues to perform and tour his longtime USO Reminiscence Show, “Bob and Bing’s Road to Victory” in which he impersonates Bob Hope. An Arizona performance will be on Veterans Day with Bob Pasch as Bing Crosby and Renee Patrick as Ella Fitzgerald, 7:30 pm Nov. 11 at the Higley Center for the Performing Arts (see Calendar for details). Then Roberts leaves for an extended booking, Nov. 17-Dec. 11, for a USO-theme holiday dinner-theater show at the Galt House Hotel in Louisville, Ky., performing as Bob Hope with the Soldiers of Swing and the Ladies for Liberty. Before that, he performs Oct. 8 in Riverside, Calif., for the 75th anniversary of Bob Hope’s first military show for men training to be pilots in the Army Air Corps on May 6, 1941. That follows a late-September stop in Gainesville, Texas, for a “History Live” USO show.

Another free concert is scheduled from 7:30-9:30 pm Tuesday Oct. 4 at the Musicians Union Hall, 1202 E. 12th St. Phoenix, 602-254-8838. Performing will be Boneyard featuring guitarist Carole Pellatt. Snacks and beverages are available, all donations going to Young Sounds of Arizona.

The Rhythm Room blues club recently celebrated its 25th anniversary, opened in 1991 by harmonica player Bob Corritore as “a juke joint in the desert.” According to Jim Crawford, president of the Phoenix Blues Society, “Bob has made the blues his life’s work, and has befriended countless performers there and at shows and festivals all over the world.” In his weekly E-column, Crawford quoted the founder: “The Rhythm Room has been this wonderful ride so far,” Bob said. “We’ll see where it goes from here. Twenty-five years just have zoomed by on one hand. On the other hand, I look at all the great things we’ve been able to accomplish. All the great shows and sense of community we’ve been able to bring forth. In another sense it seems like a very, very long time. I look back at old posters and see artists that are long gone and feel very privileged to have been able to bring them to Phoenix. I hope to still be able to make many more memories. Much love and thanks to the Phoenix Blues community for their continued support.” Crawford also interviewed 17-year employee and former manager Mona Lisa Watkins, who said, “I spent 17 years at the Rhythm Room and don’t have a single regret. Some of my favorite memories include meeting musicians like Pinetop Perkins, Hubert Sumlin, Clarence ‘Gatemouth’ Brown and Koko Taylor, to name a few. And I will never forget the times we would host live recording sessions like those of R.L. Burnside, The Floyd Dixon Celebration, The Fabulous Thunderbirds, and many more. Amanda’s Rollercoaster was quite a star-studded event too. But I have to admit that although those shows were fabulous, I always felt the club’s lifeblood came from the local bands and musicians and the fans that came out to support them. The Rhythm Room was and is home for many of them, and myself. Thanks to Bob Corritore and the staff, that has continued. Cheers to 25 years of blues!” The RR staff now is headed by Linsey Curtis.

Trumpeter Gary Church had a heart attack on Sept. 9, and was hospitalized to have four stents implanted, but very soon resumed performing with Cheryl Thurston’s two Mesa gigs, at Pier d’Orleans and the Arizona Golf Resort.

Several venues that were on summer hiatus have resumed activity, including Malee’s Thai Bistro in Scottsdale. The weekly music from 6 to 8 p.m. Mondays in October will feature vocalist Renee Patrick and Nicole Pesce on keys, with various guests sitting in. (pianist-vocalist Judy Roberts returns from Chicago in mid-November to rejoin Patrick in various settings, including the free series of “Downstairs at the Orpheum Theatre” in Phoenix. The kickoff will be from 5:30 to 8 p.m. Tuesday Nov. 1 featuring “We Three” in a tribute to the Ink Spots. Patrick’s late father, George “Pepe” Grant, toured for years with this popular group. The kickoff will have Nicole Pesce on keys and Suzanne Lansford on violin. Ahead on Nov. 11, Veterans Day, Patrick will sing in tribute to Ella Fitzgerald as part of Lynn Roberts’ “Bob and Bing’s Road to Victory” with Roberts as Bob Hope and Bob Pasch as Bing Crosby, at the Higley Center for the Performing Arts.