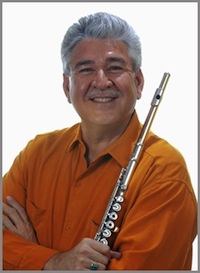 Arizona’s original “Wild Woman” — Francine Reed — has evolved into a “Wild-Hearted Woman,” and that’s the perfect title-track of her newest CD. Its official release will be at a party featuring an all-star band performing at 8 p.m. Saturday, March 12. Admission is $10 at The Hall (Arizona Music & Entertainment Hall of Fame), next to Pranksters Too, 7919 E. Thomas Road, Scottsdale 85251, 480-990-1114; doors open at 7 pm in this spacious venue with ample seating, food and beverages sold.

The performance will introduce the 10 original songs on the CD (Fervor Records, Phoenix) written by Atlanta-based Francine, Andy Gonzales and Jennifer Bone. The opening title track is pure Francine, and she works it to the max; she’s just as ferocious on “Girl’s Gotta Do It.” Subsequent tracks are bluesy and swinging, plus gospel elements on “Goin’ to the River” and “Singing the Good News.” Francine’s hand-picked Arizona band (listed above) that burns every track also included Jerry Donato on sax, Dennis Monce on trumpet, DR Wilke on guitar and Tim Sadow on violin and viola. The latter reminds me of the many times Francine toured with the Lyle Lovett band, whose leader often included a viola player for an especially enhancing sound. Francine dedicated this album to her late sister, Margo, who died on April 15, 2015.

The Buzz: Chandler Jazz Festival on April 1-2 will present free performances from 5-10 pm nightly on six stages (bring lawn chairs/blankets) with a new main-stage location in front of the library, east of Arizona Avenue. There also will be multiple bands performing on sidewalks and at restaurants. Ample parking will be in two multi-level parking garages at Boston/Buffalo Streets, east of Arizona Avenue. The lineup features bands from Arizona and other states playing jazz, blues and Latin sounds in small combos and big bands. Once again, it’s a not-to-miss weekend.

At Sacred Grounds Jazz Coffeehouse last month, a fine quartet delivered crowd-pleasing renditions from leader Tony Vacca on tenor sax and flute, ably enriched by Judy Roberts on piano, Bob Lashier on electric bass and Sheila Earley on drums. Among the audience-pleasers were Vacca’s originals, the gorgeous “Cerromar” and bluesy fun of “Shoe Suede Blues.” On “Blue Bossa,” Early’s style bridged South America and New Orleans as Roberts took the vocals, as she later did on “Get Here.” A burning rendition of the late John Daley’s “Scattin’ with Chic” was a winner, being based on the rhythm changes” of “I Got Rhythm.” A taste of Duke Ellington is always appropriate, “In a Mellow Tone” including a fascinating dialogue between Lashier and Earley. A big “hurrah” goes out to Sacred Grounds, established to present weekly live jazz more than a decade ago by pianist Chuck Marohnic, then ASU’s jazz studies director.

Ongoing media coverage of the 2015 Oscar nominations lacking ethnic diversity for the second consecutive year (#OscarsSoWhite) often mentions a significant jazz-related film that will be released in April by Sony Pictures Classics. “Miles Ahead” (from the recording of the same title is directed by and starring Don Cheadle in the title role. Since his childhood, the actor had admired the seminal trumpeter Miles Davis, who died in 1991 at age 65. So Cheadle started a crowd-funding campaign on Idiegogo.com to help finance it. He said, “While Miles used his horn to communicate and create ‘social music,’ we are using social media to reach out to the music community, the film community and people who are excited to see an explosive, cool, music-filled movie.” He emphasized that the now-completed result is not a biopic, explaining that would have entailed a 10-hour Ken Burns-style series. Instead, in 100 minutes, Cheadle focused on a few days in the trumpeter’s life in the mid-1970s during the five years he had stepped away from his career path. Cheadle said the film isn’t just about music and, as one reviewer wrote, it relates to “who we are, what we have to say in life, and how we choose to say it.” I’m eager to see this film, especially because I’m deep into the 2001 book “Kind of Blue” by noted journalist Ashley Kahn. It’s a Miles tribute, too, and also much more than how that recording was made. It’s an extra-special read for me, being a recent gift from a longtime friend, tenor saxophonist Jim “Zeke” Zoeckler. I highly recommend this elegant and compelling read.

Musicians’ News: Vocalist-keyboardist Gaynel Hodge (co-writer of “Earth Angel”), visiting from The Netherlands, is performing four nights weekly through March 27 at Manuel’s, 8809 E. Mountain View Road, Scottsdale 85258, 480-661-1587. He performs with John’s House Band at 7 pm Tuesday, Friday and Saturday. Also, “Gaynel Hodge’s The Last Man Standing Band” will host the 7 p.m. Sun. jam session through the end of March. The ever-ebullient Hodge arrived in Phoenix last month in time to be part of a tribute-gathering of friends and fans for his longtime friend, the late George “Pepe” Grant, father of vocalist Renee Grant.

The performance by Charles Lewis for the Feb. 21 series at The Nash, presenting some of Arizona’s elder statesmen of jazz, was an astounding revelation of the depth, harmonics and richness of this pianist’s concepts. His quintet performed an excellent mix of melodies, rhythms and solos. Charts ranged from Charlie Parker’s “Now’s the Time” and the beloved “Autumn Leaves” to an antithetical delivery of “Softly” that was anything but, instead performed in a highly energized style. At 82, Lewis continues to reinvent the sound of familiar charts in ways that excite, thrill and satisfy. He also can be heard performing solo on Fridays and most Saturdays at Avanti, a classy and classic-Italian restaurant near 27th street on Indian School Road, Phoenix, owned since 1974 by chef Angiolo Livi.

After a bevy of magazine feature articles, reviews, radio and podcast airplay, then a prestigious Blues Music Award nomination for Best Historical Album, the Henry Gray-Bob Corritore collaboration CD Blues Won’t Let Me Take My Rest has been listed as No. 8 on the Living Blues Radio Chart Top 50 Albums of 2015. “We are so proud that our CD is in Living Blues Top 50 Albums Of 2015,” said producer-musician Bob Corritore, owner of the Rhythm Room blues club in Phoenix. “Thank you, Delta Groove Music, BratGirlmedia, Tempest Recording and all our wonderful fans who believe in the power of this sacred blues tradition. Thanks also to Blues Magazine in the UK for featuring this album among its Best Of 2015 listing,” Corritore added. The album is in the great company of the first seven on this power list: Buddy Guy (Born To Play Guitar, RCA/Silvertone),  Shemekia Copeland (Outskirts Of Love, Alligator), James Harman (Bonetime, Electro-Fi), Cash Box Kings (Holding Court, Blind Pig), Smokin’ Joe Kubek & Bnois King (Fat Man’s Shine Parlor, Blind Pig), Igor Prado & The Delta Groove All Stars (Way Down South, Delta Groove) and  Muddy Waters 100 (Muddy Waters 100, Raisin’ Music ).