Riffs: Music News from Out & About 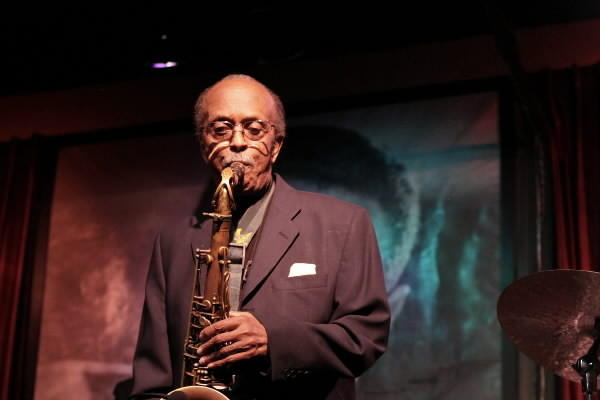 The only winter-season major jazz festival in the nation this month, the Second Annual Tucson Jazz Festival featuring 89-year-old tenor saxophonist Jimmy Heath, is sure to attract fans from the colder regions of the nation, as well as local listeners.

The Monterey Jazz Festival on Tour will feature the sextet of Nicholas Payton, Ravi Coltrane, Gerald Clayton, Raul Midon, Joe Sanders and Justin Brown. A program of “115 Years of Jazz Piano” will be performed (somehow!) by Jon Weber, and Arthur Migliazza will display his boogie-woogie chops, among the many Tucson musicians booked. And the Django Fest Southwest will be staged Jan. 23-24.

The inaugural festival that Ervin organized last year attracted 10,000 people during its 13 days, 28% of those coming from outside the Tucson area. A full schedule of events is at tucsonjazzfestival.org, tickets at tucsonsymphony.com or call 520-428-4853.

During December, I acquired a new skill-set. I’ve learned how to tape the bottoms of large boxes, pack them to the top and zip-tape them shut. I’m also newly accomplished in bubble-wrapping fragile articles (without giving in to the popping fun that strongly entices), and being sure to clearly mark the room-location for and contents of each box. Most of all, I’ve become newly accomplished in what and how to jettison that “too much stuff” that we all accumulate in our lives.

You’ve probably guessed it by now: I just moved, after 30 years in a condo to a new-for-me residence. Moving day went smoothly — except for Cox service. My phone, internet and TV service had been disconnected two days before my requested date, with no service at the “old placed” or upon arrival at the new location, none working; also I had been assigned a new phone number after being assured that could keep my same one of 30 years, which apparently rang in a nowhere place and a recording stated it was not a working number.

Fortunately, two friends were generously helping me that day, so while I directed the movers where to put furniture, Diane called Cox on her cell-phone to correct the disconnections. But the TV required a Cox fee-paid service call to fix the glitches. Being electronically incommunicado for almost four days was an enlightening experience, although all other aspects went well: no lost or broken items, two moving-men who were efficiently fast workers (four hours to move all belongings from a second-floor condo, two hours to deposit all in the new location, including setup of my work station). Now settled in, it’s only my audio system that’s still to be connected by my friend Peter. Until then, I have an HD radio to hear KJZZ-91.5 HD for all-day jazz with no interruptions, plus a one-CD player to play my favorite Count Basie recordings. Jazz is bliss, and the hummingbirds and Gambel’s quail seem to dig it, too.

The Monterey Jazz Festival, 50-plus years in action, has booked its fourth North American Tour, featuring Ravi Coltrane on tenor and soprano saxophones; Nicholas Payton on trumpet; musical director Gerald Clayton on piano; Joe Sanders on bass; Raul Midón on guitar and vocals; drummers Gregory Hutchinson (January/February dates) and Kendrick Scott (March dates). There will be 28 shows beginning at UC Santa Barbara, Calif., then stops in 17 cities in 10 states from Jan. 14 to March 13, including Jan. 15 at the Mesa Arts Center.

Highlights of the tour include a five-night run at Birdland in New York City, with appearances at major performing arts centers and colleges in Arkansas, Arizona, California, Illinois, Maryland, Massachusetts, New Jersey, New York, Texas, and Virginia. Information about tour dates and times are @ montereyjazzfestival.org.

Now that the holiday weeks are past, let’s all resolve to try to go to hear live jazz more often, to support America’s gift to the world. I’ll see you somewhere out there; I might be wearing a new hat, acquired during the annual year-end sale at my favorite consignment store.