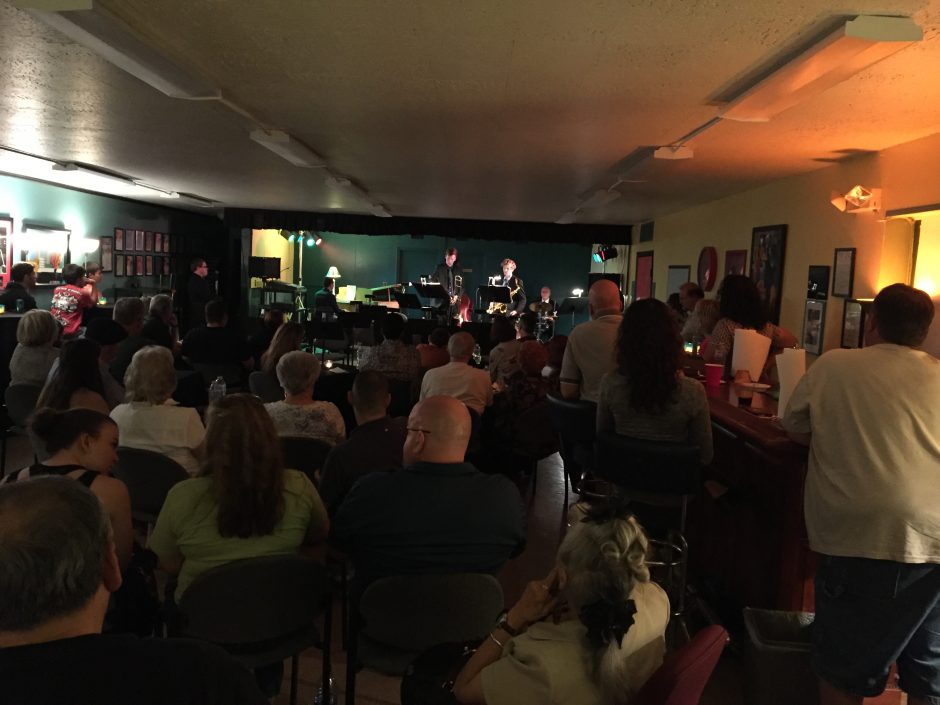 An impressive and entertaining concert presented by Young Sounds of Arizona showcased four groups of high-school student musicians on May 3, 2016, for a standing-room-only audience of jazz fans, family members and friends.

The Young Sounds combo opened the two-hour concert in the concert hall of the Professional Musicians of Arizona, Local 586 AFM. The musicians’ energetic interplay on “Joy Spring” lived up to Clifford Brown’s title. That was followed by a revision of the complex Afro-Cuban cross-rhythm style created by Wayne Shorter for “Footprints.” The quintet’s talented soloists were trombonist Chris Clements, saxophonist Tom Dugan, pianist Chris Reyes and bassist Eric Yakamas; instructor Dom Moio guested on drums in place of Peter Kim, whose Desert Vista High School event prevented his participation.

For the second set, the Red Mountain High School Big Band demonstrated strong sax-section viability on the Count Basie-style “Look What I Found” by Sammy Nestico. “Soliloquy” featured a trombone solo supported by muted trumpets, and was followed by the lively delivery of “St. Louis Blues.” The closing selection featured a sax quartet capably performing both the harmonies and solo work on “Four Brothers” that called to mind the original Woody Herman Orchestra version. The band is led by faculty member and Young Sounds director Vince Wedge.

Young Sounds’ 7 O’clock Big Band launched the jazz evergreen “You’d Be So Nice to Come Home To” with bright horn styles and unique unison work among the pianist, guitarist and acoustic bassist. James Taylor’s “How Sweet It Is” was a Nestico arrangement that transformed the catchy pop tune into swinging jazz. The night was capped by the engaging spirit of “When You’re Smiling” that was illuminated by guest tenor saxophonist Andrew Gross, Young Sounds’ assistant director.

** FootNotes: The Young Sounds of Arizona was created in 1971 by the Phoenix musicians union, and remains the ﬁrst and oldest program of its kind in the nation. Young Sounds is comprised of students between the ages of 13 and 18, from schools throughout the metro-Phoenix area.  All members are selected by audition and are considered to be the best young talent in the Valley. Young Sounds is a non-proﬁt 501(c)(3) organization, governed by a volunteer board of directors and supported by Professional Musicians of Arizona, Local 586 AFM.  Performances and direct expenses for the organization as well as annual college and jazz camp scholarship program are paid for by the Young Sounds organization.  In addition to these programs, Young Sounds sponsors a variety of clinics by noted performers and educators. The union also presents local musicians in free concerts from 7 to 9 p.m. on the first Tuesday of each month, open to the public in the comfortably inviting and musically decorated Musicians Hall. All donations go to The Young Sounds of Arizona. The Musicans Hall is at 1202 E. Oak St., Phoenix 85006, 602-254-8838.