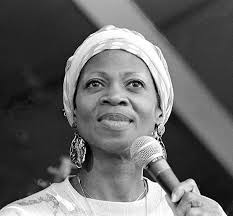 Her 60-year career as a jazz, blues and gospel singer began in Illinois, where she and the family first traveled on a Mennonite gospel circuit. Residents in and around Kankakee remember Margo leading family performances throughout the county that created memories of proms and post-prom parties. The siblings had grown up listening to their father’s touring men’s gospel group, learning the music during rehearsals in their home.

Margo was the first member of the Reed family to relocate to Phoenix in 1973 with her children, Sheldon and Margo Sherri, the move west recommended by a doctor to ease her son’s asthma. She soon was joined by her mother, Girley Reed, and five of her seven siblings: Tony, Lavergne, Michael, Francine (a national recording star now living in Atlanta, Ga.) and Bucko (Leonard Jr.) Reed; sister Mellody later relocated to Arizona, now living in Southhaven, Miss.

Margo’s style was as memorable and unforgettably unique as those of Billie Holiday, Bessie Smith and Dinah Washington. The joy and passion she infused into her music was exhilarating, a style that delighted longtime fans and fascinated new listeners. The energy and emotion of her vocal style chased away the blues or soothed like a mother’s lullaby. Her CD, “Margo: Live!” with the Armand Boatman Trio, recorded October 2000 in concert, earned rave reviews: “Sassy … swanky … approaches perfection” and “Soul-stirring … a treat for your ears and your heart.”

Margo was named “Best Female Jazz Vocalist” by the listeners of Arizona’s KJZZ (91.5 fm) radio in 2004 and was inducted into the Arizona Blues Hall of Fame that same year. She was voted “Best Female Jazz Vocalist” in 2000 by the readers of AZJazz Magazine. She was presented a Lifetime Achievement Award in 2007 by Jazz in Arizona, and she was inducted as part of the musical Reed family into the Arizona Music and Entertainment Hall of Fame in 2011. She recorded four albums: “Margo” (1990), “Margo Live!” (2000), “The Many Facets of Margo Reed” (2010) and “Some of My Favorites” (2012), and also was part of the family’s a cappella gospel album “Blood Harmony” (2005).

Margo’s first job in Arizona was cleaning hotel rooms and led to continuing her musical career in Arizona. A co-worker who heard her singing on the job suggested she sit in at the Century Sky Room. She did that once and was immediately hired to sing on weekends, but kept her daytime job to support her children. She soon also was hired to perform at the Phoenix Doubletree Inn, which led to more local bookings and tours that included posh hotels and resorts in Seattle, Las Vegas, Lake Tahoe, San Diego, Detroit and Denver. For 40 years, Margo was a first-call performer in Phoenix for clubs, concerts, festivals, charity events and private parties. Her musical versatility was honed performing with pianist Buddy Weed in the earliest years. She also was a featured entertainer at the Telluride Ski Village in Telluride, Colo., from 1990-93. She performed in many Telluride clubs, for the Taos (NM) jazz festival and in the Telluride (Colo.) jazz festivals from 1984-1994.

In Arizona, Margo had a featured role in the annual Reed family concerts in Phoenix Symphony Hall, arts centers and hotels. Her last such performance was on her brother Michael’s birthday, Nov. 15, 2014, at the Soul Café in Scottsdale, Ariz., singing with Francine, Michael, and his daughter, Tabitha.

Preceding her in death were her parents; brothers Tony Reed and Bucko Reed; and son, Sheldon Reed. A celebration of life will be 4 to 8 p.m. May 2, 2015, in the Rhythm Room, 1019 E. Indian School Road, Phoenix, Ariz.