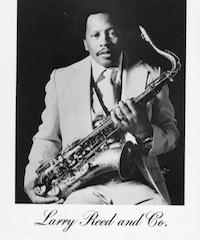 Larry Reed, a veteran Phoenix musician who has suffered a stroke, will be celebrated by the Arizona music community with a lineup of diverse talent from noon to 3 p.m. Saturday, March 26, at the Rhythm Room, 1019 E. Indian School Road, Phoenix 85014, 602-26504842, rhythmroom.com. The show also will be a reunion of Larry and his longtime friend Gaynel Hodge, co-writer of “Earth Angel,” who is in Phoenix briefly from his home in Amsterdam.

Doors open at 11:30 a.m. with non-stop live music from noon to 3 p.m., proceeds from $5 admission donation, raffles and auction of memorabilia, LPs and CDs going to Larry Reed.

Reed is a vocalist, pianist and saxophonist who became known for his wide-ranging talent and extensive repertoire, from doo-wop and blues to jazz and pop, especially his interpretation of the music of Ray Charles. He performed for many years at the French Corner, and most recently for Sunday brunch at Lon’s at the Hermosa Inn. He also led numerous jam sessions in the Valley from the 1980s through the 2000s, working with drummer Dave Cook and other local luminaries at Club Central, Melody Lounge and elsewhere.

Reed performed extensively in California in the 1960s and 1970s before relocating to Phoenix. He toured and recorded with the George Holmes’ Ink Spots, which included the late George “Pepe” Grant.