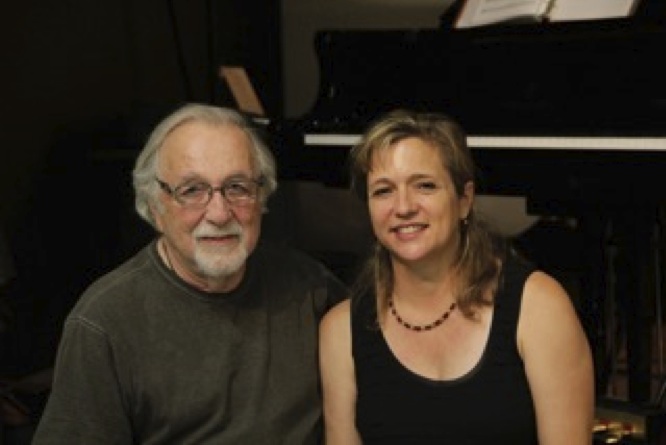 Larry Lederman remembers how Young Sounds of Arizona came into being as a multi-high-school jazz band of teenage musicians. What a concept it was! Student musicians from schools that were zealous sports rivals would get together regularly to play jazz.

That idea had its roots in 1970, when Lederman was part of his family’s Lederman Music Company, also playing jazz piano at night in coffee houses and restaurants. “My father Ben and his brother Bernie had bought a music store here in the early 1940s after we moved from Virginia because of my father’s lung issues. We sold instruments, classical and jazz records, and we gave music lessons. We also had a big rental program for band instruments with the local schools.”

Lederman met many music teachers in his family’s store, among them Don Bothwell, now retired as a high school and Mesa Community College’s band director and percussion instructor. Bothwell had started an after-school jazz band in the late 1960s at Carl Hayden High School when he was band director. “There also were jazz bands at Camelback, West and South Mountain high schools,” he recalled.

Lederman knew this and began thinking about students from those various schools becoming an all-city big band, so he promoted the idea with band directors. Lederman’s store sponsored the band’s first performance in Tucson at an all-state band festival. “Everyone was impressed,” he said.

The new band’s first concert performance was in the big basement of Lederman’s Phoenix store. Among the audience members was Hal Sunday, president of the Phoenix musicians union. Not long after, the union offered its financial support for the band, which became known in 1971 as The Young Sounds of Arizona, incorporated as a non-proﬁt 501(c)(3) organization. It is the first and oldest program of its kind in the nation, still comprised of students between the ages of 13 and 18 from schools in the metro-Phoenix area. Members are selected by audition and are considered to be the best young talent in the Valley. Young Sounds is a governed by a volunteer board of directors, and sponsored by the Professional Musicians of Arizona, Local 586 AFM.  Cost of performances and expenses such as annual college and jazz camp scholarship programs are paid for by the Young Sounds organization, which also sponsors clinics by noted jazz musicians and educators.

Lederman and Bothwell have had a long intertwined musical history of performing in jazz combos, particularly a quartet with Tony Morrell on alto sax and Al Patrick on bass for an ongoing gig at Wing’s Chinese restaurant in Phoenix.

Lederman, 86, was born in New York and started classical piano lessons at age 5. The family moved to Newport News, Va., where his father ran a music store in that segregated state. “We sold what were called ‘race records’ made by Negro musicians. Our store was near the shipyards, and the liquor store was a half-block down the street from us. On payday, the workers would come to town to buy liquor and records for 63 cents each. We always had a loudspeaker playing the newest hits.”

Lederman was 15 when he had his first paid job. “I played ‘My Heart Belongs to Daddy’ with my uncle Bernie on drums; his rim shots were more important than the piano player’s work,” he added, hinting at the type of gig it was. His first jazz interest was Stan Kenton, also Page Cavanaugh’s 1940s hip hit, “The Three Bears,” later Nat King Cole and Les Paul.

The Lederman Music Company eventually consisted of 10 stores, most of them in Phoenix shopping malls, and also in Tucson and Albuquerque. The company had exclusives with Gibson guitars, Yamaha pianos and Lowrey organs. “We also sold records, jazz mostly, but classical too. We had a big counter with records, like a soda fountain bar. One of our biggest customers was Frank Lloyd Wright, who bought a lot of classical records and instruments. He came in from Taliesin West in that big pink car of his.” Lederman said he sold the stores in 1980.

At home, there were always two pianos and all three of his children played piano, “and we did duets; we were serious,” he said. Professional pianist Beth still lives in the Valley, performing extensively, leading combos and recording; Amy, who also played bass, is an artist in Colorado; Scott is an electrician in Flagstaff.

Lederman still hits the courts to play doubles-tennis three times a week, and enjoys chamber music concerts and films. Three years ago he had a quintuple heart-bypass, and he has survived a heart attack, gall bladder issues and cancer. “But I’m still here and I’m still playing tennis — and playing piano, and that’s better.”

When he moved from his house into an apartment, he gave Beth his prized 7-foot 4-inch Yamaha concert grand. In turn, she gave him an electric piano. “It’s fun to play jazz on,” he said. Finally, when asked to name his favorite jazz pianist, he instantly replied, “Beth is my favorite.”