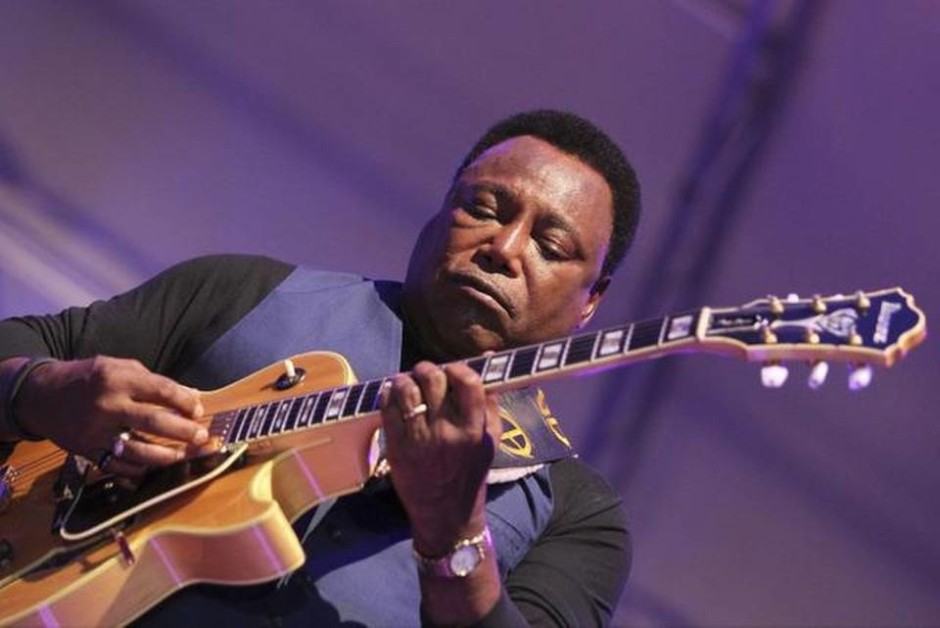 With his 72nd birthday approaching on March 22, Benson negated clichés related to that statistic via the clarity of his voice and musical high-energy, from first note to last. He proved that he’s a combination consummate jazz musician, top pop vocalist and ultimate crowd-pleaser, chatting personably to the audience about his early life performing as a child as “Little Georgie,” commenting about the music, and expressing his love for Arizona, where he has had a longtime home in the Phoenix area.

This is a musician who has chops beyond chops, and explicitly proved it song after song. He appeared indefatigable, displaying expert musicianship and ongoing energy, despite the demanding length of his performance. And although his pop charts fueled many a romance, his music has always conveyed aspects of love, rather than the blatant sexual messages of most current stars.

Benson wasted no time getting into his widely known repertoire, kicking off with “Lady Love Me Tonight” and following that with “Breezin,'” the hit that cemented his position on the contemporary pop charts. He then referenced to his early career path by shifting into jazz mode for excerpts from the Nat King Cole songbook to croon “Nature Boy” and “Smile,” later delivering “Ballerina,” each with substantial enhancements supplied by the Phoenix Symphony Orchestra.

During the 18-song concert, Benson shifted comfortably from the pop fare of “Give Me the Night” and “Turn Your Love Around” to the pure jazz-soul of “Moody’s Mood for Love,” and then into ballad mode for “Masquerade” and “Beyond the Sea.” Benson’s voice was warmly rich, and his guitar mastery evident in each solo segment.

The mesmerized audience at the Mesa Arts Center was a mixture of silver hairs, happily hip Boomers and exuberant youths, many lifting iPhones and iPads to take photos or record, despite the admonitions of ushers. Toward the end of the concert, the crowd was up and dancing in place, a familiar sight at all of Benson’s performances. Two encores rewarded the demonstrative audience, “Never Give Up on a Good Thing” and, of course, “On Broadway.”

The concert was conducted by pianist/musical director Randy Waldman on acoustic and electric keyboards, leading the orchestra and also Benson’s combo of a guitarist-vocalist, electric keyboardist and acoustic-electric bassist and drummer, plus a female backup vocalist, Liliane Rios, who sang a duet with Benson on “Moody’s Mood.”